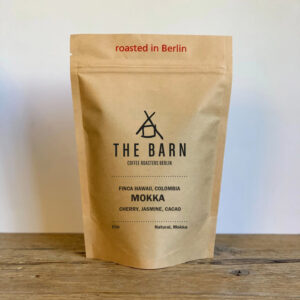 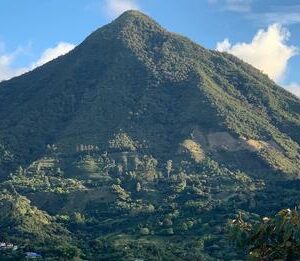 We are excited to offer an outstanding pure Mokka varietal coffee from Finca Hawaii.  This exclusive coffee is roasted by The Barn, and produced by their partners in Colombia, Café Granja La Esperanza. Coming in after lots such as Sudan Rume, and the infamous Napoleon Geisha, they have in for the first time, the rare varietal of Mokka

The coffee is complex with notes of cherry, plum, watermelon and jasmine. A crisp acidity is supported by a textured body. The cup is balanced with a long finish, with additional notes of chocolate, cacao and pecan pie.

Roaster: The Barn
Variety: Mokka
Producer: Cafe Granja La Esperanza
Farm: Hawaii
Elevation: 1570 masl
Process: Natural
Manual and selective picking, then depulped without water.  The coffee is stirred and evaluated for the ideal fermentation to achieve the desired cup.  Fermentation time ranges between 19-22 hours as hole cherries then 35 hours in a second fermentation once the cherry skin has been removed.  The cherries are then dried in open air silos for 48 hours then sundried for approximately 15 days.

Cafe Granja La Esperanza are dedicated to quality and exploring avenues to achieve better quality in agriculture and processing, with a focus on the genetics of arabica coffee.  Israel Correa and Carmen Rosa Vega arrived in Valle del Cauca in 1930 seeking unoccupied land to start a farm:  Finca Potosi.  Fast forward, the two sons Rigoberto and Luis decided to implement a step-change in terms of quality and organic coffee production.  They purchased Finca La Esperanza.  More expansions followed: Cerro Azul, Las Margaritas, and Hawaii.  With a reputation for producing competition-winning coffees, processes are matched with varieties to produce unique flavor profiles.

Mokka is only grown at Hwaii, in Sasaima, Cundinamarca.  many years of research and development have culminated in this coffee, which undergoes a multiple stage fermentation process.  After 48 hours of natural open air fermentation in silo’s, the coffee is then sundried for approximately 15 days.

Going back to when coffee had just been discovered, almost all the coffees consumed in Europe came from Yemen, and all the shipments passed through the port of Mokha. From there, European traders carried the coffee on wooden boats and began transporting it to the European market. The Dutch sold this new drink under the name Café Moka, due to the port from which it was originally shipped. This Mokka is a dwarf mutant of Bourbon, a bushy tree that grows only 4-6 feet tall.  This particular Mokka is a mutant hybridized with Typica, a tall variety genetically distinct from Bourbon with small cherries and leaves, but with a tall stem like Typica.

Be the first to review “Mokka – Finca Hawaii” Cancel reply 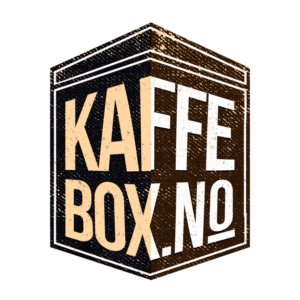 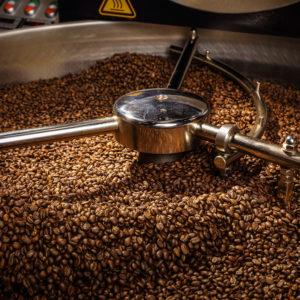